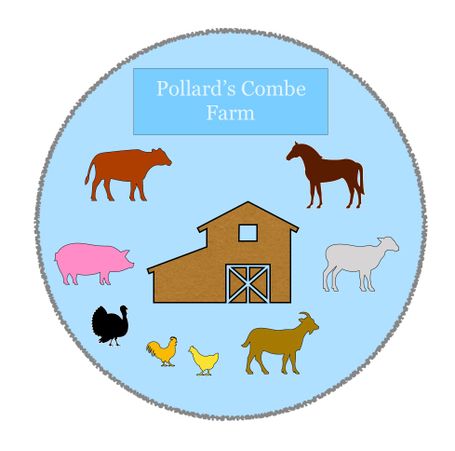 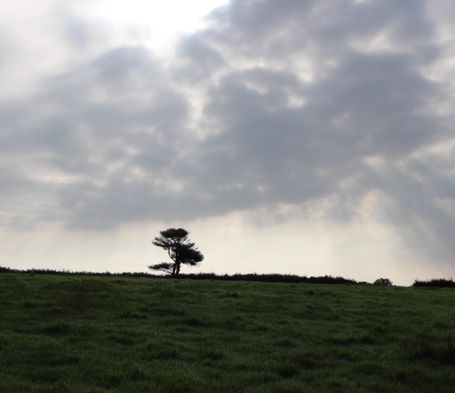 Regenerative Agriculture is, broadly speaking, a system of agriculture that seeks to regenerate the landscape. This method endeavours to rejuvenate the complex natural cycles that thrive in healthy soils and works alongside millions of bacteria, fungi and microorganisms, which both depend on, and support it. Regenerative Agriculture therefore implies much more than just sustaining, but rather an active rebuilding, or regeneration of existing systems to full health. The term ‘Regenerative Agriculture’ is a fairly loose one, it allows for different systems to adapt for their own specific environment, this also means that it has very varied levels of practical application and theological principle, it implies an ongoing process of continuing improvement  and positive transformations. The entire natural system relies on a perfect balance of all the key elements, between the livestock, plants, bacteria, fungi, microorganisms, minerals, carbon exchanges and the human created management systems that govern them all, this balance can and should be provided, a necessity that regenerative agriculture aims to fulfil. Using these farming practices natural grazing patterns are observed, with rotations of grazing followed by extended rest times, this practice simulates the natural environment in which these animals have evolved and replicates the long term sustainability of this grassland/Savannah style ecosystem. This ‘resting’ of the fields allows for the plant to rejuvenate, by grazing for no more that 5 days on a single patch of ground the grazing has minimal impact on the capacity of the plant to ‘feed’ the ‘underground livestock’, as it exchanges sugars (in organic carbon chains), with the fungi networks in the soil. This practice improves and maintains soil health, and therefore has hugely beneficial affects, including increased water infiltration and retention [Hillenbrand 2019][Machmuller 2015] , increased wildlife numbers [Stinner 1997] and generating greater plant growth [Ferguson 2013][Hillenbrand 2019]. Alongside the already multiple benefits that can be found from the progression of these techniques, another one is the carbon holding capability of Regeneratively farmed and holistically grazed ground. Multiple studies have proven the potential of these techniques to drawdown carbon from the atmosphere and store it in the soil [Rowntree 2016][Teague 2018][Stanley 2018][Machmuller 2015][Teague 2016]. This revelation would suggest that Agriculture, using these techniques, could provide a net sink of atmospheric Carbon, that could be used to reverse atmospheric concentrations and mitigate global warming. The building of topsoil using these methods can reverse and prevent desertification, allowing for the preservation of ground, especially in volatile climates. Increased water infiltration and retention could provide a useful backstop against droughts and prevent, or reduce, the occurrence  of flooding. It’s capacity for supporting wildlife could provide a solution for the long disputed argument, setting wildlife conservation against agriculture, this method could unite the two and provide huge benefits for both. Increased production from ground could provide farmers with greater income potential [Stinner 1997] and this would also allow for food to be produced locally, without the need for environmentally damaging imports. This would facilitate the production of plentiful, environmentally friendly food production and would provide a great solution for what has been, up to now, a great problem for the country.

All in all these methods can benefit both humans, and the wider population of animals, both UK and worldwide. This system presents a solution to one of the most pressing questions of the environmental movement, how do we feed the worlds population sustainably. This technique of farming proposes a shift towards a new method, that presents the ability to live alongside nature once again, in harmony and in peace.

- 95 % reported an increase in biodiversity,

- 91 % reported improvements in quality of life.

All reported that biodiversity is now an important consideration in managing their land, whereas only 9 % felt so prior to exposure to Holistic Management.

Cassidy 2017 – This paper quantified and compared bird abundances on pastures that were subject to continuous grazing, minimal rotation, or Holistic Management.

Lalaampa 2016 – This paper studied the effects of holistic planned grazing on milk production, weight gain, and visitation to grazing areas by livestock and wildlife in Laikipia County, Kenya.

Results found that, with significantly higher numbers of grazing animals:

- the number of wildlife more than doubled,

Teague 2016 – This paper determined that properly-managed grazing, if applied on 25% of our crop and grasslands, would mitigate the entire carbon footprint of North American agriculture.

Ferguson 2013 – Compared the sustainability of 18 conventional and 7 holistic, dual-purpose ranches in Mexico, finding that the ranches managing holistically

The authors conclude that “Holistic Management strategies are leading to greater ecological and economic sustainability.”

Rowntree 2016 – “From this data, we conclude that well-managed grazing and grass-ﬁnishing systems in environmentally appropriate settings can positively contribute to reducing the carbon footprint of beef cattle, while lowering overall atmospheric CO2 concentrations.”

Strong correlations demonstrate that Ecological Health Index (EHI) can be a useful methodology for measuring ecosystem function of grazing lands.

Gosnell 2019 – Analyzes experiences of Australian farmers who have sustained transitions from conventional to regenerative agriculture, the majority of whom are Holistic Management practitioners.

The authors conclude that transitioning to regenerative agriculture involves more than a suite of ‘climate-smart’ mitigation and adaptation practices supported by technical innovation, policy, education, and outreach.

Rather, it involves subjective, nonmaterial factors associated with culture, values, ethics, identity, and emotion that operate at individual, household, and community scales and interact with regional, national and global processes.

Teague 2018 – Mostly an overview of the state of grazing research. On page 4, he presents a chart showing various C-sequestration rates from multiple sites using Holistic Management.

Rates range from 0.5-7 tons-C/ha/year (with ~3 being the most commonly observed).

Stanley 2018 – This paper conducts a lifecycle assessment, including direct measure of carbon flux, on various livestock finishing systems and shows that properly-managed livestock create an ecosystem that is a net carbon sink instead of net carbon emitter.

“HPG yields positive long-term effects on ecosystem services (soils and vegetation) and points to the HPG approach enhancing the sustainability of livestock and wildlife in this environment.”

Teague 2017 – This paper is an overarching discussion on various types of grazing management and the potential for proper (holistic) management to regenerate ecosystem function and grazingland livelihoods. It also dives into the shortcomings of most grazing research that reduces whole ecosystem complexities into individual factors.

Machmuller 2015 – This paper studies three farms converted from cropland to management intensive grazing (note: this is not the same as Holistic Management, but we include this paper to show the positive effects of converting croplands back to pasture).

Weber 2011 – Paper discussing grazing systems utilized by pastoralist societies, the resulting desertification, and the need for these grazing systems to supplanted by more inclusive planning processes that better manage the spatio-temporal aspects of grazing.

Gosnell 2020 – This comprehensive literature review outlines a half-century of Holistic Management research, including the main tenets behind the decision-making framework and historical academic debates that stem from a narrow industrial paradigm before social-ecological frameworks were developed. It furthermore provides a meta-analysis of the multidisciplinary evidence, including the less-studied social, cultural, and psychological aspects, and offers a new lens for researching rangelands in holistic, integrated ways. 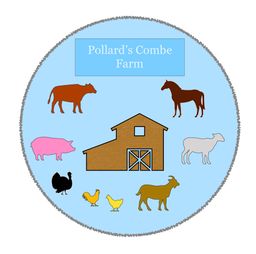